How to pay for your emergency notification system 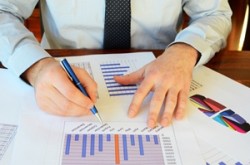 Emergency notification systems are becoming an absolute necessity across today's campuses, but the big question facing many decision makers is how to pay for them.

Campus Safety Magazine recently published a report on the state of emergency alert and notification systems across school district, university and health care system campuses. One of the major findings from the study was that roughly 50 percent or more of survey respondents across campus types plan to or are considering upgrading or purchasing a new ENS. With the emergence of new technologies such as the cloud and social media, this is certainly a smart move. But in order to make this happen, decision makers need to find ways to pay for these upgrades. The following are just some of the strategies that the survey's respondents are employing to upgrade their systems.

General campus budgets
Many campus officials have recognized ENSs as a top priority for safety on their campuses. As a result, they have set aside parts of their general campus budgets in order to pay for these upgrades. This solution was by far the most popular across each kind of campus. The study found that 64 percent and 65 percent of school district and college campuses, respectively, plan to use their general campus budgets to pay for their ENS improvements. This figure was much smaller at health care campuses, at 33 percent, but still made up the most popular strategy for its category.

Other campus budgets
Outside of the general campus budget, other respondents felt it was more economically feasible to take ENS improvements out of more department-specific budgets. One of the most popular across campus types was the IT budget. This makes sense considering how much digital technology today's ENSs require. As a result, 21 percent of colleges and universities, 20 percent of health care systems and 18 percent of school districts plan to use this strategy, according to the study.

Some campuses have opted to form emergency management budgets and pay for their ENS upgrades this way. While only 7 percent of school districts used this strategy, 13 percent and 22 percent of college and hospital systems, respectively, employed this strategy. The report found that another popular solution, though only among colleges and universities, was to use the campus law enforcement budget to pay for these upgrades, with about 23 percent of respondents doing so.

It's clear that these institutions will use a variety of budget strategies to pay for their ENS improvements. Each organization is different, with some having much more money set aside for certain operations than others. The key here would be to look at your different budgeting priorities and see which one is best equipped to handle the kinds of ENS enhancements you're looking for.

The issue with this strategy is that these grants and bonds may have different qualifications, which would make certain firms ineligible for funding.

Generally speaking, the key is knowing how much money you need for an ENS upgrade. If you're completely overhauling a system, its going to take much more money than if you're simply adding a new feature. From here, you can begin to implement a budgetary strategy so your ENS is running the way you would like.