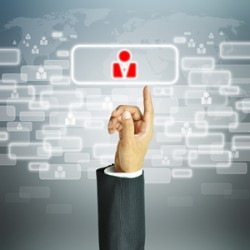 Omni-channel communication is becoming an essential among emergency notification systems. As a result, campus safety professionals are investing in new communication touch points to make sure their message effectively reaches all those involved.

Campus Safety Magazine recently published a report on the state of emergency systems and the technological tools that make them possible. Among the findings were the most commonly used tools in the ENSs of schools and school districts, college and university grounds and health care system campuses. The following are 10 of the most popular tools used by campus safety professionals:

1. Email
Email is used across different types of organizations and can be accessed from virtually anywhere thanks to the popularity of smartphones. This makes it a great channel through which to communicate. According to the study's findings, 69 percent of school districts used emails in the ENSs, while 88 percent and 74 percent of colleges and hospitals, respectively, used the communication form.

2. Intercoms/ overhead paging
Intercoms are useful because their notifications reach nearly everyone who is in their vicinity, making their message delivery very immediate. This is also useful in areas where telephone and wireless service is spotty, such as in a mine, or in facilities where the technology has already been installed, such as a hospital or school. The study found that 69 percent of schools and 74 percent of health care systems used intercoms. College and university systems were the least likely to use intercoms at 24 percent.

3. Text messaging
These days, it seems as if were much more likely to send a text than make a phone call. In many cases, this is the most direct and immediate form of mobile communication, which is why it is gaining popularity among ENSs. Text message alerts were the most popular form of communication in the college and university setting at 82 percent. This makes sense considering the majority of the population in these settings is well-versed in text messaging and spread across different university buildings. In school districts and health systems, text messaging was found on 40 percent and 41 percent of campuses respectively.

5. Website announcements
When someone needs to get information regarding a crisis, an organization's website is a great place to look for information. It offers a central location that individuals can go to and find instruction. The Campus Safety Magazine study found that 55 percent of university respondents, 44 percent of school districts and 22 percent of hospitals used website alerts.

6. Social media
As one of the newest forms of communication on this list, social media is fast gaining popularity across ENSs. According to the study, in 2012, only 15 percent of respondents said they were using social media capabilities. Just four years later, this figure has climbed to 38 percent. The breakdown differs across campuses, especially as some ENS users may be better equipped to handle certain emergencies than others. It should come as no surprise then that colleges and universities used social media the most, with almost half of all respondents saying that it was a component of their alert system. School districts came in at 27 percent, with hospital systems at 14 percent.

7. External loudspeakers
External loudspeakers, much like intercoms and overhead paging, are useful because they provide an audible message to everyone in their immediate vicinity. They can be installed in most places throughout a campus, ensuring that an alert is properly disseminated throughout the area. The study found that external loudspeakers are most common in school districts and university campuses at 44 percent and 34 percent respectively, and across 17 percent of hospital systems.

8. Fire systems with voice evacuation
This category rounds out the kind of message delivery systems that are done audibly, rather than digitally. These systems are also likely already installed throughout campus buildings given that buildings need to adhere to various fire codes. Thirty-one percent of college campuses and 34 percent of hospital systems employ the tool, while 15 percent of school districts do so as well, according to the report.

9. Radio announcements
Radio announcements are a common way to notify a wide audience, especially within a campus, because they tend to be specific to a local community. This means that anyone tuning into certain radio stations within the area will be able to receive the message. This communication strategy was relatively even across the board according to the findings, with 27 percent of school districts employing it and 19 percent of both colleges and health systems.

10. Mobile apps
While there may be some debate as to who rounds out the final spot on the list of the top ten, we found it hard to ignore the presence of mobile applications. Depending on its design, an app can be a great tool to find continuous information regarding an emergency from a single source. It is also a great way to reach a wide number of individuals since anyone with a smartphone who has downloaded the app can receive alerts. This strategy was most common in the university setting at 27 percent, followed by health care systems at 14 percent, and school districts at 11 percent, according to the report.

There are a wide variety of communication tools available to decision makers during a campus emergency, but at the end of the day, it takes a multi-pronged approach to reach all necessary parties. While some may be prone to using newer forms of communication such as Facebook or Email, others will prefer the old-fashioned approach of a telephone call. Omnilert's e2Campus utilizes all of these communication touch points, making it an excellent choice when launching an omni-channel crisis communication plan.

Popular Posts
Saved From LiveSafe
If you haven't heard the news, the mobile safety app LiveSafe was acquired by Vector Solutions, an e-learning and performance management provider. ...
Top 5 Emergency Message Templates
Emergency notification message templates maximize the effect of your emergency preparedness plan.
Omnilert Introduces the Industry's First Solution for Mass Engagement
Empowers Small Safety Teams to Have Rich, Targeted Interaction with Large Groups of People
Top 2 Reasons Your Safety App is Not Effective
While many emergency notification providers focus their efforts on mobile apps, the lack of user adoption is alarming. In speaking with a recent ...
Top 3 Pandemic Communications Templates
Times like these can leave you speechless.  As much as you plan for emergency situations, there is still an element of surprise when something ...
Never Miss an Update!