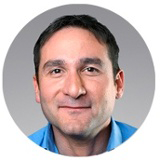 Ara establishes for the company and leads employees, partners, and customers to extraordinary new heights.

Prior to founding Omnilert, Ara started XNETIX in 1996 which built web-based applications that powered hundreds of internet startup companies and helped grow the web event pioneer Communicast to .

Having defined the emergency notification market for higher education and campus environments, Ara continues to strive to set the pace in technology, knowledge, and customer enablement through critical communication advancements with the goal of empowering those responsible for protecting lives during a crisis.

He sits on the National Advisory Council for the VTV Family Outreach Foundation in an effort to provide advice, ideas, and guidance to support and ensure the success of VTV and its initiatives on a national level.  Ara has been a mainstay on national media outlets for discussions related to emergency notification systems’ role in campus safety.

As an advocate for entrepreneurship education, Ara serves on the advisory board for the new Academies of Loudoun STEM magnet school and founded the Lemonhead Council where business leaders help future entrepreneurs succeed through peer advisory sessions. He recently testified to the United States Congress about the role government and entrepreneurs play in creating thriving communities through technological innovation and entrepreneurial development.

Ara is a graduate from the State University of New York College at Buffalo where he was the recipient of the Young Alumnus Achievement Award. 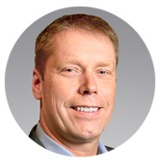 Nick drives all technology innovation for Omnilert. He is an expert in wireless and internet communications spanning more than 20 years. He advises the FAA, NAVY, Pentagon, Veterans Administration & DISA on wireless technology (ANVICOM). He is to the George Mason University Enterprise Center on mobile issues and is also the Technology Incubation advisor to the town of Leesburg, Virginia.

Nick co-authored and published the how-to book on entrepreneurship, “The Lemonade Stand”, which presents a fresh perspective on embracing adversity to innovate and create sustainable organizations.

Nick received his Bachelor of Science degree in Electrical Engineering from Vanersborg University in Sweden. 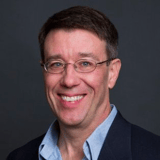 Previously, Peter formed The Bloom Group in 2002 where he counseled small and mid-sized businesses regarding mergers and acquisitions, corporate and partnership structuring, employment law, contracts, and general corporate matters. He also served as general counsel to many businesses located in the Mid-Atlantic region.

His passion for the law and emergency response started early as his father was a sergeant on the Springfield, Massachusetts police force. In his personal time, he is a devoted follower of the and previously served as Secretary and Member of the Board of Directors of the D.C. Blues Society. 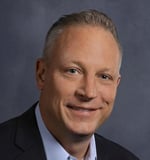 Frank drives all sales, marketing, and customer success initiatives for Omnilert. He has built his career in developing and implementing enterprise solutions to help organizations improve safety, enhance operational efficiencies, and mitigate risk.

Frank’s passion for life safety extends into his personal life as he volunteers his time to public and private organizations with the mission of providing severe weather safety, preparedness, and awareness information to the public. He sits on the Board of Directors for the Jesse Watlington Memorial Foundation.

He is a certified USA Football Coach and Cal Ripken Baseball Coach and enjoys his time on the gridiron and the baseball diamond with youth athletes – helping them develop their leadership and teamwork skills in a safe environment.

Frank graduated from Frostburg State University with a Bachelor of Science degree in Political Science and Justice Studies. He also earned his Master of Education degree in Interdisciplinary Studies at Frostburg.