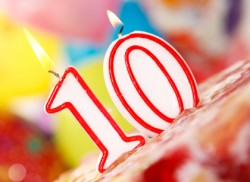 In 2003, Omnilert founders Ara Bagdasarian and Nick Gustavsson read about the heartbreaking story of Jeanne Clery, a co-ed brutally attacked and murdered in her dorm room at Lehigh University and the inspiration for the Jeanne Clery Disclosure of Campus Security Policy and Campus Crime Statistics Act.

Determined to help keep students safer on campus, Ara and Nick combined their backgrounds in web and mobile technology to develop the world’s first campus emergency notification system (ENS).  They launched their company and introduced e2Campus in August 2004. For the first time schools could quickly send emergency text message alerts and reach students directly via their mobile phones.  Soon after, the company added email and voice message alerting then continued to lead innovation in this new industry:

Omnilert expanded its services to meet additional critical communication needs by offering emergency notification services to enterprises, governments and first responders via the Omnilert and Amerilert services. In 2005, Omnilert introduced RainedOut, the first ever service that helps sports leagues and clubs to easily communicate with players and members with last minute announcements via text alerts. It launched Bully-Buster.com, an anti-bullying system for K-12 schools that combines text-a-tip alerting with carefully designed psychological deterrence strategies.

Ara H. Bagdasarian, Co-founder and CEO of Omnilert said, “Ten years ago, we founded Omnilert with a single mission to keep people safe though the immediate delivery of information and avert another tragedy. We continue to built a culture and dedicated team who have a passion for helping those who help others stay safe and connected”  Co-founder Nick Gustavsson added, “At Omnilert we have a culture of constant and never ending innovation. We are very excited about what the next 10 years will bring.”

As a testament to their commitment to customers, over 98% of Omnilert’s customers renew their service every year.   Anne Arundel Community College was the very first customer to adopt Omnilert for campus safety in 2004.  Executive Director of Administrative Services Maury Chaput recalled, “Omnilert offered a new way to communicate with students that did not exist at the time. We have continued to work together with Omnilert over the past decade to expand our reach and keep our students safer than ever.”