College Gets Unexpected Help From Text During Active Shooter Drill 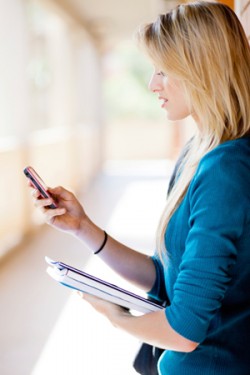 John A. Logan College unexpectedly received incoming text message tips during an active shooter drill that helped the school’s situational awareness to make better decisions and act during a crisis situation. The college had implemented uTip that lets the community submit anonymous crime tips via cell phone text messages. The uTip service was originally not part of the school's planned exercise, but will now be included in future emergency preparedness planning.

"We saw uTip as another item we could offer free to students that would help them in their day-to-day lives while here on campus," said Terry Crain, Dean for Student Services at John A. Logan College. "We wanted students to feel they are in a safe environment, and if something ever did happen, then they have a very simple way to contact us and send us anonymous information that we could then act on. We've had the service for a while and fortunately it has not been used very often. It’s like an insurance policy.

"During a recent mock shooter drill, I was using Omnilert to send mass alerts out to the campus when we unexpectedly started receiving tips from the campus community. It was scary watching this stream of text alerts come in and know where all the shooters were. At one point, I was hiding under my desk and was able to stay informed because I was getting the tips as text messages on my own phone. Others on our emergency response team were getting the tips on their own phones.

"I am sure the proximity of the mock shooters required witnesses to keep as quite as possible, and to not make a phone call even if they were whispering, so they took the text message route.

"These uTips provided an accurate real-time location of the shooters. It was another tool that helped us do the best we could in a crisis situation. It gave us more information to make better decisions and act during a crisis situation. After the incident, it provided a report with a timeline of the events as they unfolded.

"This was an unexpected lifeline that we encountered during the exercise that we will definitely incorporate into future emergency preparedness training. uTip was very easy to implement and does not require any software or apps to work. It is one of the best investments, and most affordable investments we've made for our piece of mind."