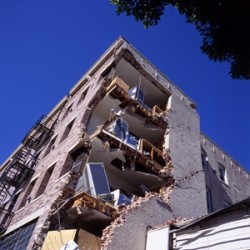 Community involvement can be crucial for reducing the potentially catastrophic effects of disasters. A California-based volunteer group is working to increase Oakland residents' preparedness for emergency situations, according to Inside Bay Area News.

The organization, Citizens of Oakland Respond to Emergencies, was founded after the 1989 Loma Prieta earthquake by the Oakland Fire Department. Volunteers who go through CORE training, which is offered for free to area citizens, can gain skills for staying safe during a disaster until experienced responders arrive.

"We want to help take the scariness out and take baby steps to get prepared. It's not overwhelming," said Susan Lockwood, one of CORE's volunteer trainers.

CORE has scheduled an emergency simulation to be held in April. CORE-trained residents will participate in the exercise, which will take place across the city. Doug Mosher, chairman of the Montclair Organized Neighborhoods for the Montclair Safety Improvement Council, told residents to not be surprised by the commotion caused by the simulation of a 6.7 earthquake.

Technological tools, such as emergency notification systems, can help officials to communicate with volunteers during crises. For instance, Omnilert uses emergency messaging to rapidly distribute disaster information across multiple communication platforms incase one or some of the platforms are out of service during the disaster.