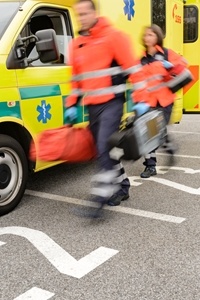 Simulation exercises are among the most effective ways to prepare for emergency scenarios. To take advantage of the benefits of pre-disaster drills, responders in Paris, Texas, participated in a mock crisis, KXII reported.

An imitation gunman situation was staged on a bus en route to the Emergency Management and Healthcare Conference, prompting the timely arrival of emergency responders. EMS, fire, SWAT and Paris Police personnel came to the aid of passengers in the hijacking simulation.

"When [we] were in the bus it crashed and a man sitting in the back of [the] bus pulled a gun," said Jesse Skelton, a participant in the drill.

During the exercise, helicopters and ambulances transported individuals acting as Paris Junior College students from the scene to nearby hospitals. Participants had the opportunity to familiarize themselves with a crisis situation, while other community members got the chance to watch the events from the sidelines.

"Our motto is not if a disaster is going to happen it's when it's going to happen," said Shae Watson, executive director of the Northeast Texas Regional Advisory Council.

Officials could further augment their disaster response capabilities by implementing an alert and notification system, such as Omnilert. It is used to rally first responders, volunteers and others, while also informing businesses and the community of the situation and what to do.