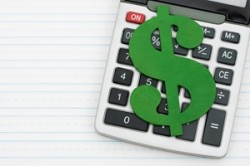 Funding is an important part of disaster preparedness. Capital ensures that state governments can afford to finance their emergency plans to protect citizens during a dangerous event. With adequate support, agencies will have to find ways to do more with less, which ultimately amplifies risks.

The good news is that many state offices are being awarded grants and other forms of financial aid so that they don't have to take these steps. Recently, departments in Colorado and Rhode received funding from the federal government. Below is a look at how much each state was awarded and why.

Colorado receives health grant
The Fort Morgan Times reports that $14.6 million in grants was given to the Colorado Department of Public Health and Environment's Office of Emergency Preparedness and Response. The funding will be dispersed "to 55 local public health agencies, 18 public health centers, 82 hospitals, 15 community mental health centers " and other organizations.

OEPR Director Lyle Moore stated the money will be primarily used for precautionary measures. "The funds are directed toward preparedness efforts with local agencies to build or enhance response and recovery capabilities," Moore said.

Part of the money is earmarked for the Cities Readiness Initiative. The project supports organizations in and around major cities by leading to the development of distribution strategies for medicines following bioterror attacks.

Funding given to Rhode Island

According to Johnston Sunrise, the Rhode Island Department of Health has received $5.9 million to continue its emergency preparedness initiatives. The grant is meant to ensure that Rhode Island has adequate capital to establish a strong health care infrastructure in the event of major disasters, including "natural disasters and public health emergencies."

The money should go a long way toward improving the state's medical system. Hospitals and other facilities will benefit from the financing, which will hopefully lead to more effective procedures when emergencies occur.

One of the best ways to ensure that states are prepared for crisis scenarios is by improving communication.

Emergency alerts systems like those offered by Omnilert ensure that state governments can notify the public about ongoing dangers. Through automated calls, emails and text message alerts, state agencies can communicate with citizens and tell them what steps to take in order to stay out of harm's way. Ultimately, an open dialog between officials and residents is the best resource for enhancing safety.