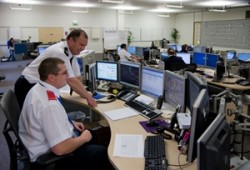 Many states are increasing their emergency preparedness efforts to help minimize risks. By implementing new resources, local governments hope to ensure the safety of citizens throughout their regions. Some states have gone so far as to build disaster centers so that agencies will understand what needs to be done to aid in recovery efforts. The following is a look at some of the new disaster hubs built around the United States.

According to the Associated Press, Kentucky recently started operations from its new disaster center. The Emergency Operations Center cost the state $11.8 million and is located in Frankfort at the headquarters of the Kentucky National Guard. The structure was built to withstand the most extreme weather conditions possible, including winds up to 250 mph.

The center is a necessity given a rash of catastrophic conditions in Kentucky, such as ice storms, flooding and droughts. Gov. Steve Beshear believes that the building will serve as a centerpiece for Kentucky's emergency response plans.

"This is more than a building; it's the lifeline to all of Kentucky's 120 counties in times of trouble," Beshear said. "This facility is a huge step toward bringing Kentucky's emergency operations where it needs to be in the 21st century."

The Daily Astorian reports that two emergency centers will soon be available in Oregon. Clatsop county's new Emergency Operations Center is on track to be opened in November. For now, the old building will still be used.

However, once the county's newest resource is functioning at full capacity, there are still plans to use the original. In fact, the latter will be kept around for small disasters while the former will be focused on larger ones that cause widespread destruction. Emergency Manager Tiffany Brown noted that having two centers will give the county a contingency plan.

"If new technology fails, we've still got tried and true regular phones through the phone company," Brown said. If one tower goes down and someone is trying to use the microwave links to communicate...when it hits that broken tower it will just swing back the other way."

States and counties can also invest in emergency notification systems, like Omnilert, to ensure citizens can access necessary information during disasters. This communications platform can disseminate wireless emergency alerts to keep everyone safe despite prevalent dangers.