Small business owners have workplace safety on the brain 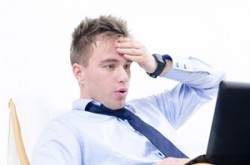 Workplace safety concerns enterprises both large and small, requiring employers to implement effective measures to protect employees from injury and illness. A recent survey indicates that small business owners are especially mindful of hazards to worker health, which is encouraging news for laborers in these enterprises.

Background of the study
Figures representing small business owners' major concerns were gathered by thinksmall Survey between November 12 and November 26, 2013. More than 500 enterprises with fewer than 100 employees responded to the poll. Companies across the country were interviewed, to ensure that the data was representative of businesses nationwide.

The study was financed by Employers, which used thinksmall Survey to conduct the research via telephone.

"We wanted to see how prepared small business owners believe they are for the types of injuries that are most common in the workplace, or if they were placing too much emphasis on events that are unlikely to occur," said Stephen V. Festa, chief operating officer at Employers.

Results of the survey
The greatest number of companies said that workplace safety hazards were their primary concern, while terrorism threats were least frequently reported as a major worry.

The survey also cataloged the risks that participants were most and least prepared for. Relative to other dangers, more businesses reported that they were most prepared for slips, trips and falls, with 21 percent of respondents citing these types of accidents. Fewer enterprises - 12 percent - reported being most prepared for motor vehicle accidents or contact with equipment and other objects.

"We were relieved to find that the most common type of injuries – slips, trips and falls – was cited most often," Festa said. "However, we were surprised that almost four out of five small business owners did not claim to be most prepared for them."

Almost 30 percent of responders said that they were least prepared for acts of violence, while 17 percent reported explosions and fires as their preparatory weakness.

Slips, falls and other everyday hazards are among the most common causes of workplace injuries and require adequate preventative measures. However, less common though equally dangerous threats, including acts of violence and natural disasters, also call for preparatory efforts. Tools such as an alert and notification system from Omnilert, can be an asset in crisis situations, allowing employers to use emergency messaging for the rapid distribution of vital information.