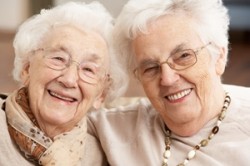 Disasters can put entire communities in danger, including children and seniors. In an effort to help the elderly get ready for crisis scenarios and the risks they pose, a New Jersey organization recently ran an emergency preparedness program designed for aging individuals, NorthJersey.com reported.

The event was held at the Senior Center in Tenafly and ran by Diana Guida Brown, a licensed clinical social worker for the Bergen County Senior Advisory Council and Health Committee. Brown offered tips that could simplify evacuations. For instance, she suggested that elderly individuals put together a satchel containing useful information and items.

Food, clothing, emergency contacts, health information and other supplies are among the items Brown recommended that seniors include in their bags. Brown also advised packing several bottles of water and enough medication for three days.

"This is something that you can teach your grandchildren. They don't know this stuff and they need to have that information because if there is an emergency situation and they had to be plucked out of the school, they get scared," Brown said. "What happens when you get scared? You panic and can't remember anything in those first few minutes."

Administrators can also take steps to prepare for disasters that endanger seniors. For instance, officials may implement an emergency communication system such as uAlert from Omnilert. It empowers senior centers to email and phone call their community members with updates and advice on what to do next during any type of emergency.