One emergency, plenty of responses 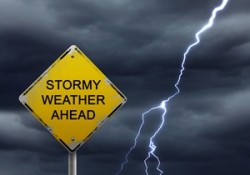 While it may seem that a single emergency only has one appropriate response, this is simply not the case. By being able to understand the different variables that affect a single event, you can be sure you're prepared for anything.

Logic would follow that for every kind of emergency, there should by a single response. For instance, if a particular data center shorts out, there should be a backup plan in place that will allow companies to respond quickly to the crisis. However, a single emergency can often have different forms of responses.

Take the data center example. If one unit maintains the majority of the company's financial applications and is offline, its impact on the company is going to be significantly different then if it were responsible for business-specific applications such as leads and sales. In this these two situations, both of which are created by the same kind of crisis, the manner in which a company responds is going to be significantly different.

'You can't predict the weather' or can you?
This kind of situation can be best seen in hurricane responses. While not quite the same as a business emergency, the direct effect on citizens is the same. They need to respond quickly and effectively to limit confusion and remain safe. The Virginian-Pilot reported that developers at Old Dominion University created a program, known as the Hurricane Evacuation Encouragement Demonstrator, for the Virginia Department of Emergency Management, that will help determine whether or not an individual should evacuate during a major hurricane.

Because these storms follow a certain route, if it's expected to hit a certain part of a region, then some people may need to evacuate, while others will be safely out of the way of the storm. The program will also explain the best evacuation route based on where one is located. This is extremely essential to making sure that everyone is able to leave safely without clogging up evacuation routes.

What it means for ENS
​While this kind of situation is mainly concerned with the region-specific crises, rather than company-specific ones, the concept can certainly be applied to your business. For instance, when sending out an emergency alert, if a crisis affects some people differently than others, consider how it impacts different divisions of your company. The case of the downed financial applications will have a much greater effect on your accounting department then, say, business development. By articulating how each part of the company is impacted and how various teams should react, you can make sure that everyone is on the same page as to how to proceed.

The only way to make sure you're doing this effectively, is by planning ahead and accounting for different kinds of scenarios. The Ivey Business Journal reported that one of the best ways to do this is to create a crisis communications plan. This means being able to identify where primary responsibility lies for dealing with the crisis, and emergency's severity. A set of financial applications coming offline, for instance, is far less severe than an entire office network shorting out.

By identifying these issues, you can then determine the nature of your alert. Who needs to know the proper response protocols? How should they act? These can only be determined by assessing the nature of the specific situation, much like how the evacuation route that citizens should take is contingent on the path of a hurricane.

By employing a robust ENS, you can be sure you're communicating effectively during a time of crisis and that you are providing the right response for the situation.