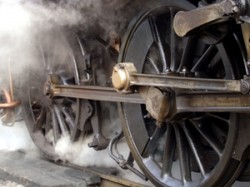 Disasters can wreak havoc in many ways, from the natural devastation of tornadoes to the destruction that can follow from man-made machines running amok. Lawmakers in Minnesota are reviewing a proposal that would provide training to firefighters to help them handle oil-related emergencies, TwinCities.com reported.

If passed, the policy would require $5 million to implement education programs for disaster response personnel. Though Rep. Tim Kelly said that Minnesota is already well on its way to acquiring sufficient funding for training firefighters, Rep. Frank Hornstein, the initiator of the bill, said he intends to expand the legislation to provide education for additional emergency responders as it passes through government agencies.

"It takes just one of these trains at the wrong place at the wrong time for a catastrophe," said Rep. Jim Newberger, who voted to approve the bill at a recent House public safety committee meeting. "If a coal train derails, you get out a broom and sweep it up."

However, an oil-related disaster would require a more sophisticated response.

Hornstein anticipates that the policy will be in effect for 3 years, should it be made into law. At the end of this period, Minnesota officials would receive a report on needed long-term action.

As with other disasters, communication is key for responding to oil emergencies. Tools such as Omnilert, an alert and notification system, can help facilitate the spread of vital information during diverse kinds of crises.