Implementing an Emergency Response & Action Plan at a Corporate Campus 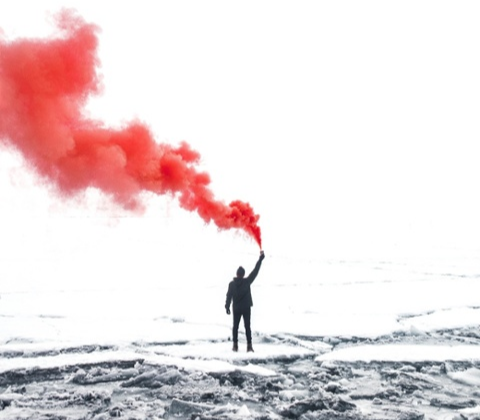 Steve Jobs once said, “Innovation distinguishes between a leader and a follower,” meaning in order to create something or do something that’s never been done before, you have to be willing to go where no one has gone before. That’s what leading is all about. So it is no surprise that many of our clients are innovators in their respective industries. They’re often doing what no competitor is doing, and that’s what sets them apart. The same is true for their approach to emergency notification.

For an emergency manager, a complex campus environment is a complicated one to manage. In addition to the large span of land, typically there’s a considerable population of people working a variety of shifts, away from workstations, traveling between buildings. Says one of our clients of a large enterprise, “There are definitely more variables here than the average corporate campus, therefore our emergency notification and response system must have incredible flexibility, as well as comprehensive coverage, and lightning speed, to meet all of our needs.” Traditional emergency response systems are generally very limiting. They either send an emergency notification by email blast to a particular site, or they use a PA System that works off the fire alarm system. The problem some clients have found with this type of system is it misses a lot of people who are typically away from their desks.

Timing is also a serious issue. Through market analysis, for those who use less-than a robust system, it takes 10 to 15 minutes and two rounds of communication through an email blast and PA system to reach every area on campus — even with templated information. Most crises, whether a tornado, an explosion, or an act of violence, start and finish in about that time frame, so the first few seconds are the most critical. Large corporate campus emergency managers need a solution that does more in less time with one-touch freedom and reliability.

Success is contingent upon careful planning and collaboration with other business units. The best outcomes occur when the emergency manager assembles a team to assist with testing and implementing the new solution.

One client pre-loaded the database of users with employees, then they promoted self-registration throughout the campus for others. His constituents saw the value of the new system almost immediately when it had its first test during a snowstorm.  Their emergency response solution enabled employees to receive a message on their mobile phone, and the emergency manager felt at ease knowing no one would have to brave the storm and risk being hurt on their way in because they forgot to check the website. Some organizations need their people separated into unique groups. For campus-wide emergencies, like the closure due to snow, smaller groups can be created for certain buildings and even certain building services. One client has a group called “Emergency Response Team” and another called “HVAC Team,” which enables him to send very targeted and specific communications and directions to smaller groups.

Critical events require much more than an alert, that’s why many organizations are looking for a tool that allows them to send more than just an email and text message. With Scenarios, you can align your emergency response and action plan with your mass notification system to make sure you plan for every emergency possible. What once took 10-15 minutes with varying success, organizations can now do reliably with Omnilert — in a mere 10-15 seconds, to targeted groups. One client shared that when the campus had a power outage, he couldn’t get onto the network, but he was able to send his team a rally notification from his Apple Watch while he was away from his desk dealing directly with the issue.

Most emergency managers know that a growing threat to corporate campuses is that of an active shooter. One client recently orchestrated an active shooter drill. First, they promoted the drill to increase campus awareness. This achieved two goals:

Participants who attended learned how the drill would unfold, and instructions on whether to run, hide, or fight. During the drill, an attack by an active shooter was simulated, replete with a piercing whistle blown each time to signify a gunshot. When the first shot happened, the manager initiated the Scenario from his iPhone and all around the room, employee phones began to chirp. But not all of them. Only the phones of campus personnel that had signed up to receive alerts received the message. The impact was profound. The training is very effective: every time they do the active shooter drill, more users register for alerts.

There is usually less than one minute to get a notification with guidance to employees. A reliable notification system that can execute that fast is critical. Omnilert gets the message out, with proper guidance, to all the appropriate groups in seconds — all in alignment with your emergency response and action plan.