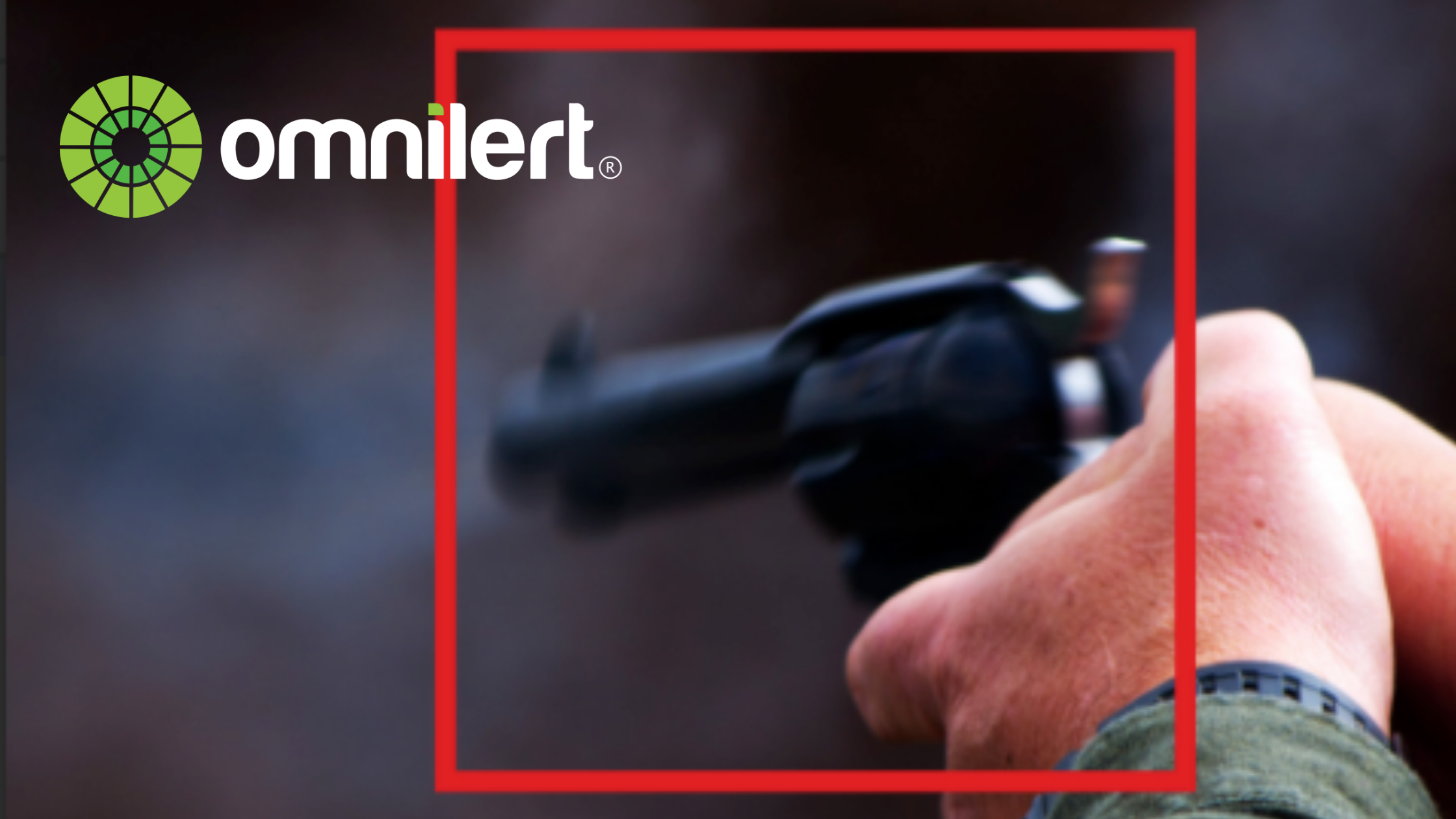 Omnilert recently published a 20-page white paper on visual gun detection, noting the state of gun violence in the US, how artificial intelligence is evolving the video analytics industry and alternative solutions designed to mitigate gun violence. Below we offer an excerpt from the paper, providing our perspective on the strengths and weaknesses of each of these other viable solutions.

You’ll see that we’ve included a chart to visually represent how the various mitigation services stack up on a scale from “best to poor.” Our first three categories focus on the cost of the services, from the initial installation to general maintenance and onto the cost of expanding the solution if needed. Within these categories, “best” equates with low cost.

Ultimately we believe that any solution that assists in reducing gun violence is critical. However, given its preventative powers (its ability to spot and potentially stop gun violence before shots are fired), visual gun detection greatly surpasses the alternatives. For many organizations, a combination of approaches will prove the best defense.

The State of the Market: Other Mitigation Strategies
An excerpt from our Gun Detect White Paper.

Gun Detect is a visual, AI-driven solution developed to recognize and detect the presence of a gun and gun threat. There are, of course, other technologies on the market which also help mitigate the threat of gun violence. The most mainstream of these are gunshot detection and physical detection, both of which offer their individual strengths and weaknesses.

Gunshot detection works by using microphones and algorithms to determine the location of gunfire through audible means. Microphones, spread throughout a defined area, are tuned to recognize gunshots and use the delay of sound to approximate the gunshot origination site.

The benefit of shot detection is its ability to provide intelligence to law enforcement and other security organizations, including the rough location of the incident as well as the number of shots fired. Often, gunshot detection systems are directly integrated with public safety access points (PSAPs) so that response time, as well as accuracy, can be improved. This audible approach can be employed to cover a substantial area, such as a downtown zone suffering from high levels of gun violence.

Other differences are found with precision, cost and installation and maintenance difficulty. Given the inherent error in pinpointing a specific location from multiple microphones, a fault magnified due to reverberation in enclosed spaces, the audible approach can only approximate the location of the incident. And, with their requirement for sophisticated and proprietary hardware from multiple vendors, gunshot detection systems can be difficult and prohibitively expensive to deploy, install and maintain.

A Comparison of the Gun Detection and Gunshot Detection Solutions

Physical detection, otherwise known as concealed weapon detection, uses technologies that are capable of penetrating clothing and other forms of concealment such as baggage or even vehicles. These systems often use some form of acoustic or electromagnetic energy akin to radar, including micrometer and millimeter waves.

The advantage of these systems is that they are highly preventative since they can detect hidden weapons and constrain the movement of people carrying them. Unfortunately, the technologies used are most effective over a very short range so they are normally installed in corridors and entryways, such as the detectors we experience in airports, courthouses and office buildings. Physical barriers are expensive to install and require specialized training and constant staffing. Furthermore, the usage of these technologies can adversely affect the visitors to such spaces and so can be unattractive options for many use cases.

Omnilert Gun Detect is a visual solution. The advantage of this approach is the combination of prevention with high performance, low cost, wide-area coverage, pinpoint location accuracy and minimal intrusiveness. The addition of the Omnilert EMNS platform allows for a fast and reliable response, including widespread communication and integration of additional systems.

The weakness of Gun Detect is reliance on the visibility of the weapon. If the gun is concealed, a visual solution has no way to detect it. Similarly, the effectiveness of the solution can be hampered by poor lighting conditions — darkness, mist/fog, long distances — or by the quality of the cameras in use. Despite this, Gun Detect is highly functional in many situations and can be particularly effective when combined with an existing surveillance system where it can add incalculable value to an existing investment when detection occurs.

Finally, a combination of these approaches — visual, audible and physical — can be employed to provide a “layered defense” system, if required.

Read the full Gun Detect White Paper  or Speak with an Expert.