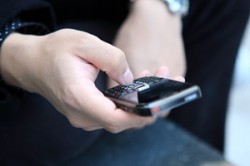 As a part of the ongoing effort to improve emergency preparedness, states are receiving grants to finance enhanced crisis response measures. For instance, New York officials are using state and federal funding to improve communications during disasters.

Grants rewarded to New York
The office of Gov. Andrew Cuomo recently publicized the reception of grants by the state of New York for improving statewide emergency preparedness, according to WKTV News. The New York State Division of Homeland Security and Emergency Services is responsible for dispersing the $80 million.

Law enforcement agencies may compete for funds usable for the creation or augmentation of canine detection teams. For instance, $20,000 for canine programs was awarded to a coalition of the Chenango and Cortland Counties along with the Madison County Sheriff's Office.

Some of the capital will be used to improve emergency communication systems through the DHSES Statewide Interoperable Communications Grant. This grant reinforces the local government with regard to correspondence in crisis situations.

New York counties receive grant funding
More than one dozen counties in New York will receive money from the Statewide Interoperable Communications Grant, Buffalo Business First reported. One of these is Cattaraugus County, which has collected  $6 million for disaster preparedness efforts including the enhancement of first responders' capacity to provide the utmost of safety to the community, swiftly respond to crises and interact with nearby counties during emergencies.

The distribution of funding for disaster preparedness in New York illustrates the importance of having an effective emergency communication system. Such networks can facilitate interaction between citizens and officials in times of crisis and improve the safety of the community. Among the technologies that may be implemented to this end are mass notification systems like Omnilert. State and local organizations can also benefit from tools like uConference that allow instant collaboration with team members during emergency situations.