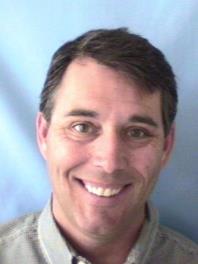 The ‘Expert Q&A’ series highlights the experiences of practitioners and thought-leaders in the field of Emergency Management, Communication, & Response.

This latest installment of the 'Expert Q&A' series is a brief interview with Mark Branham from the Banner University Medical Center Tucson (BUMCT).

Omnilert: Tell us a bit about yourself- your background, current career initiatives, etc.

Mark Branham:  I have been here in the IT department at BUMCT for seven and a half years. Previous to that I worked in the travel industry.  I managed an American Express travel office in Seattle for many, many years.  And travel kind of went the way of the internet, like a lot of things, so I kind of had to re invent myself and moved down to Tucson twelve years ago with my wife and family.  We wanted to be closer to her family in California, so I quit my job and had to start fresh and I landed a job at a Verizon call center, of all things. It was a sales opportunity where people sell products on the phone for Verizon, so I got my feet wet doing that and changed my career.It just so happened that one of the people that was on my team was moving from Texas and worked in HR, and he was probably looking for a little short term position and came to work for UMC and gave me a call six months after saying, "Hey we really need you over here" and since then I've been managing the switchboard operations at both locations- at University campus and the South campus.  At one point I managed a team of 31 people- two locations in two different departments. I managed the help desk after hours, and managed a data center- the technicians who do the back-ups for the hospital.  So now my main group that I manage, to bring it full circle, are the switchboard operators at both locations, and I do a lot of the paging and emergency alerts that we send out for the hospital- that's where the Omnilert part comes in.

Omnilert: How long have you been with the BUMCT Emergency Preparedness team?

MB: I was on the Emergency Preparedness team the first year I started here- so probably about seven years.  I like it because I like to stay involved.  It was a natural link with operating and managing the switchboard because we send out all of the codes for the hospital, code red if there is a fire, code blue for a heart attack, etc.) so it made sense to me to be prepared for these kinds of things, so I became the IT lead for the group.

Currently the switchboard has 19 members, which is a pretty big group, and we take over a million answer/transfer calls per year and handle all the codes for both campuses.  I am the only one that is on the switchboard team and on the Emergency Preparedness team.  Our Emergency Preparedness group collectively, for both locations, probably has about 30 people.  And they do a lot of work. We do a lot of tabletop exercises between both groups.

Omnilert: What would you say is your biggest success as a team?

MB: Our biggest success I would say is when we did a joint and county emergency preparedness drill where we had to coordinate with the Davis-Monthan Air Force Base and work with all the other hospitals in the area and the state- it was a state-wide thing.  And so we had to communicate between the hospital up in Show Low and Phoenix, and the Pima County emergency preparedness group. So that was a pretty big, well coordinated, drill.  We had to use the tools that the county gave us; they have an emergency alert system that they use, and we were able to communicate amongst each other for the drill- like who had so many beds available. I acted as the liaison to send the communication to all the other hospitals using the county tool.

Omnilert: Was Omnilert involved in the drill? How is Omnilert implemented or used at BUMCT?

MB: For this drill Omnilert didn't come into play- we hadn't adopted the system yet- but we use Omnilert now a lot.  We had a major project here at the hospital where we rolled out a brand new electronic health record system and we used Omnilert to alert the whole organization that it had gone live so we kind of used it as an announcement since it took a few years to get it rolled out- it was a big deal.

We use Omnilert a lot on a day-to-day basis.  We use it for our Code Purple alerts that the hospital sends out when we are full.  So we have a Code Purple group that alerts the whole hospital a couple times of week when we are full.  Staff like it because they can use Omnilert to get communications to their various devices.  Most people in our group either get something to their pager, we still use pagers here, and also SMS or MSS to their cell phones.  We also use it for any kind of major internal disasters like if we have a flood or if we need to alert our Ebola task force for a drill.

We have a health plans group here and I have been able to set them up to send out messages- they use it a lot for some regulatory messages like if forms or something were to go down so they use it a lot to stay in touch with their people.  But one of our concerns is we didn't want to send out too many things so people start to get "alert fatigue" so we are really careful.  So when we set up certain groups we make sure that certain alerts are going to a certain group of people.  We try to segment it out- if it's a disaster type thing, then it goes out to the majority of the group, but if it's just a Code Purple then it does to just our Code Purple group- I try not to send everything to everybody every time.

We are also trying to be creative.  We have used Scenarios before; I put together a Scenario for the Ebola Task Force for drills.  We did a drill and I built a Scenario so that the telephone operators, who also have access to Omnilert, could just pull it up and send the Scenario.  We have also used it for an outage we had with our phone system.  We see the value of it.

Omnilert: How long has the BUMCT utilized Omnilert as a communications tool?

MB: So we've been using Omnilert for about two years now.  And the telephone operators can initiate some of the codes.  I have downloaded it to my Android phone and have been able to send out an alert even while driving- or once I've pulled over!

Omnilert: What advice would you give similar structured organizations in regards to emergency response plans and coordination?

MB: One thing I think our group does well with is being consistent, and we meet every month.  We set up a bunch of tabletop exercises and twice a year we do a major drill where we actually do something. Like anything else, “practice, practice, practice".  When you don't do something for a long time you tend to forget it.

Omnilert: What has been the biggest challenge regarding emergency preparedness initiatives at the BUMCT?

MB: You will have staff that leave. At any organization you have turn over.  So if someone who was in charge or who has done it for years and retires and you get someone new, although it's nice to have fresh faces, you have to practice.