Expert Q&A: Captain Lawrence Wright from the University of Maryland 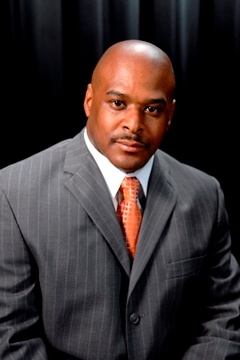 The ‘Expert Q&A’ series highlights the experiences of practitioners and thought-leaders in the field of Emergency Management, Communications, & Response.

Omnilert is excited to launch this new series of blog posts by interviewing Captain Lawrence Wright, the Assistant Director of Public Safety at the University of Maryland Eastern Shore (UMES).

Captain Wright had an important role to play in last week’s post showing the full scale exercise held on the UMES campus, and his insights into the use of Omnilert to facilitate notifications during the exercise could be useful to you in your own endeavors.

Omnilert: Have you had to use Omnilert during an emergency at UMES?

Captain Lawrence Wright: Yes, UMES uses Omnilert whenever there is a significant emegency or dangerous situation involving an immediate threat to the health or safety of the students, faculty, or staff occurring on campus or immediately adjacent to the campus.  It was used to notify the campus community members about the stabbing homicide death of a UMES student in 2013.  Also, it was used to alert campus members to avoid a certain area, during a suspicious package incident at an off-campus student residential housing complex, immediately adjacent to the campus.

Omnilert:  Who is responsible at UMES for sending notifications?

CLW: The Office of Public Safety is primarily responsible for sending out notifications, largely from having firsthand knowledge of an incident or circumstances for sending out an immediate notification without delay and to meet compliance with the Clery Act requirements.  Other offices on campus also have the authority to approve dissemination of emergency messages such as the Public Relations Office, Information Technology, and the Office of the President.

Omnilert: What role did you play during the preparation of the full scale exercise at UMES?

CLW: I served as a member on the UMES Emergency Crisis Management team in the planning, preparation, and coordination with all allied first responders, Fire, MS, HAZMAT personnel participating in the exercise with monthly meetings, walk-through of campus facilities identifying all UMES hazardous materials, storage, and disposal of materials. In addition to identifying a specific facility that was suitable for the full scale hazmat exercise.

Omnilert: What was your role during the exercise?

CLW: My role in the exercise was to send out a notification after receiving the 911 call into the UMES Police communication center upon being made aware of the nature and circumstances of the 911 call. I immediately determined that a notification was warranted and without delay sent out an Omnilert emergency notification informing the campus community of the incident, using all methods of communications (text message, email, desktop pop-up alerts, alert beacons, display monitors and the outdoor emergency siren and public address system) to reach all campus members.  As the exercise unfolded and became so dynamic and fluid, my role changed and required me to become the on-scene Incident Commander out in the field, coordinating responding Fire, EMS and Hazmat personnel, resources, and keeping senior University Administrator’s updated about the incident as it unfolded. At the conclusion of the exercise I sent out a follow-up text message notification indicating “All Clear” to resume normal activity.

Omnilert: What went well, and what do you think needed improvement after conducting the exercise?

CLW: Overall, I think the exercise went well in identifying each agency’s strengths and weaknesses for future training and improvement. Improvement of communication between the various agencies when requesting additional resources during the exercise was recognized. Each agency should review their strengths and weakness improve to upon with each training. All agencies should establish Mutual Aid agreements for additional support and resources when responding to incidents.  Each agency should improve upon knowing their resources that are available and the method of retaining their services.

Omnilert: How did Omnilert play a role in this exercise and emergency preparedness at UMES?

CLW: Omnilert enables the UMES Office of Public Safety to effectively create and send out rapid text message notification alerts, to all integrated modes of communication devices used to inform the UMES campus community of the incident and/or exercise. In addition it allowed UMES to access and evaluate its emergency notification procedures and capabilities for compliance of the Clery Act regulation.

Omnilert: What advice would you give other colleges or universities planning a full scale exercise or drill?

CLW: I would recommend establishing a timeline and start planning at least 9 to 12 months in advance. Review your emergency plans and test your plans by conducting drills and tabletop exercises, which will allow you to determine what additional resources will be needed prior to conducting a full scale exercise. I also suggest including your town/county 911 Emergency Director, Fire, and EMS personnel on the tabletop exercise. It will allow officials to see firsthand how college/university plans tie into the overall county/town emergency plan in terms of establishing mutual aid agreements for coordination of resources for any actual or man-made disaster.