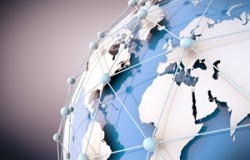 In order to prepare for unpredictable disasters, many municipalities and organizations are enacting emergency response training programs. For instance, a successful disaster response training course in California has received recognition for the benefits it has rendered, while officials in New York are implementing their own emergency response programs in addition to communications improvement projects.

Santa Maria program wins award
A 2013 Helen Putnam Award for Excellence has been bestowed on the City of Santa Maria for its unique disaster preparedness program, Noozhawk reported. The Putnam award is given to cities in honor of qualitative improvements made to the lives of their citizens in exceptional and novel ways.

Santa Maria's Listos program is an emergency preparedness program for Spanish-speakers that may be completed in four weeks instead of the usual eight. Hundreds of participants whose native language is other than English have graduated from the program. Listos also puts a low-expense spin on standard Community Emergency Response Training and provides pointers than are useful in both daily life and disaster scenarios.

Several organizations have acknowledged the success of Listos and are interested implementing it in other locales. For instance, programs are being supported across California by PG&E while the Orfalea Foundation has initiated modules in the City of Salinas and Imperial County.

New York considers emergency preparedness
A recent conference attended by Gov. Andrew Cuomo, North Hampstead officials and numerous first responders was held for the discussion of emergency preparedness programs for the State of New York, according to The Island Now. The gathering was held in Albany, where attendants shared thoughts about how to respond to crisis scenarios.

"We have been working for the past year," North Hempstead Public Safety Commissioner Andrew DeMartin said, "to enhance communications during emergencies as well as training for first responders."

These improvements in communications are being accomplished through the use of "NY Alert" messages and similar measures at the town level, which will use text messages, telephone and email to stay in touch with business and residents during emergencies. The Town of North Hampstead is also considering the possibility of safeguarding the town's communications in emergencies by implementing a new wireless network.

From the examples of both Santa Maria and New York, it is clear that establishing emergency response training programs are important for crisis preparations. Additionally, the efforts in New York highlight one solution to communication problems during dire situations with the state's implementation of emergency notification systems. Likewise, Omnilert can provide an even greater level of communication to non-profits, businesses, hospitals, and others in times of crisis.