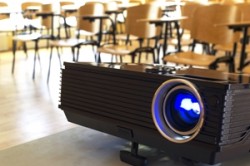 No one knows when disaster will hit their community, so it is crucial that officials and citizens work together to prepare for crises. In order to get ready for potential emergencies, discussions were recently held in Connecticut that focused on ways to plan for dire scenarios, Reminder News reported.

The presentations were given by Jonathan Best, the director of Connecticut's Department of Public Health Office of Preparedness and Response. Among the topics covered by Best was the preparation of a "go kit" that facilitates escape during evacuations. A pamphlet offered by the state government contains recommendations on what to include in the pack, such as a pocket knife, important documents and a flashlight.

During his exposition, Best provided a general outline of what his organization is doing to stay ready for unexpected dangers. Thousands of personnel participate in Connecticut preparatory efforts, including almost 25,000 licensed paramedics and EMTs. A large number of volunteers are also a part of the endeavor.

"It is not if something is going to happen, it is when," Best said.

Another significant issue for communities to consider when preparing for crises is communication. Tools like emergency notification systems, such as uAlert from Omnilert, can be a great asset during catastrophic events.