An Officer’s Perspective: Advance Warning Before Shots Are Fired 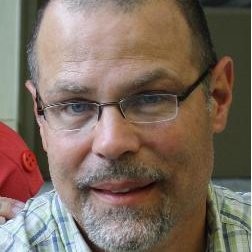 I remember well the three tones quickly followed by the broadcast, “All cars, man with a gun…” or worse, “Report of shots fired at…” with little more than a general location and a vague description, and then I responded.  We are that rare breed that runs to the sound of gun fire.  Headfirst into the unknown, praying that we will get more information as we proceed and can figure out the situation once on scene.

Then the reports start to roll in, conflicting locations, conflicting descriptions, no description of the weapon, handgun? Long gun? Exact location? Where is it safe? How close can I get?

As you approach, you notice the area is swarming with people; some hiding, some running, some acting oddly as if trying to cope with the situation or trying to survey the scene, and looking intently at you. Who are you looking for?  What is the latest description? Who is a ‘good guy’ and who is a ‘bad guy’?  Meanwhile the radio is blasting in your ear, others responding, more conflicting reports, confusion.

We’ve all been there.

I was a police officer for 18 years in the City of Berkeley, California.  A tactical member of the Barricaded Subject/Hostage Negotiation Team and street cop for most of my time.  My last few years spent as the sergeant managing the public safety dispatch center where I got to experience those same calls from the other side of the radio.  It was safer, but it was not less stressful sending officers to respond with such limited information.

After a medical retirement, I found myself working for a software company, where I became friends with the guy who would later become the CEO of Omnilert, an innovation leader and trusted partner in the emergency communications space.  If you were recently in college, or have a child in college, and signed up to be notified of alerts on campus, then it is likely it was Omnilert that handled the notifications. Since its founding in 2004, Omnilert has expanded across diverse industries, including education, healthcare, manufacturing, private and public sector organizations.

One day my friend contacted me about a new product they had developed and wanted a police officer’s point of view.  My background in both law enforcement and software made me an ideal candidate to discuss the product.  The new product was Gun Detect, a visual gun detection solution. Powered by artificial intelligence (AI), Gun Detect integrates with existing video surveillance and camera systems to reliably and rapidly recognize brandished firearms and trigger multi-channel alerts.  Their purpose to create this tool was to provide advance warning BEFORE an incident occurred and to provide responding agents a precise description of the location, suspect(s) and weapon(s).  This was music to my ears.

When responding to a call, more information is good, but more isn’t helpful if it is conflicting and confusing.  The key is to get precise information and, even better, a photo is worth a thousand words.  Gun Detect, because it operates through cameras, can provide a photo. With this tool you can determine the number of suspects, the description of the suspects and the type of weapons.  Both officer safety and response effectiveness are exponentially improved.

AI is wonderful, but it doesn’t take the place of a real human.  Currently schools, offices and government buildings have thousands of cameras monitoring entrances, hallways and rooms with limited human oversight.  Most captured video is accessed after the fact to aid in the investigation of the crime and then hundreds of hours of video may need to be viewed to find the recording of the actual event.  Gun Detect, through AI, does the monitoring 24/7/365 and then alerts designated administrators when it detects a person with a firearm. Cameras are no longer just recorders of events, but advance warning systems of potential events.  Before you think that this monitoring will trigger a lot of false alarms when the gardener walks around with a spray nozzle in his hand, or the janitor with a spray bottle, the software is well tested to avoid such issues and there is still a human involved who must first vet the image before ultimately triggering emergency mass notifications.

While Omnilert pioneered emergency mass notifications, they also recognize that alerting people is only part of the solution. Omnilert goes beyond notification and into prevention, engagement, and management of critical incidents. People can hide only so long, they can avoid a location for a limited time, but eventually the situation needs to be resolved and Omnilert provides the tools to aid those whose job it is to respond to the crisis with valuable information to be effective and safe.

As officers, we signed up to keep our communities safe and here is a tool that provides advance notice of a potential incident, advance warning to those in the path of the incident, precise information to those responding to the incident, and ultimately can resolve the situation more quickly and safely for everyone.

Carl Orsi is a consultant for businesses which interact with law enforcement. Carl retired after serving 18 years with the Berkeley (California) Police Department as a sergeant. His assignments included managing the public safety dispatch center, domestic violence detective, planning and research, foot patrol, and was a member of the Barricaded Subject/Hostage Negotiation Team. After retiring, he used the skills he learned from law enforcement to great success at Wind River Systems, an engineering software company.  He gives back to his law enforcement family by running THIN BLUE LINE COFFEE, where he donates a portion of every sale to a police charity.