The 3 Most Overlooked Endpoints for Emergency Notification

It’s safe to say that three technologies have emerged to be the most commonly used for emergency notifications: SMS (text messages), email, and old-fashioned voice phone calls. Just about every notification plan now includes some combination of these three endpoints.

In emergency situations, however, limiting your notification strategy to 3 endpoints is a mistake you can’t afford to make.

Why is that? Three reasons.  All technologies are subject to delays and failures; you simply can’t control or predict your people’s behavior in all circumstances; and of course the reality that every second counts in an emergency.

I’m going to highlight 3 of the most effective, but most often overlooked, endpoints that address these issues and greatly extend the reach of your emergency alerts.

Not anymore. It’s where people are going for news.  In 2005, about 5% of Americans used social media. By 2015, it had skyrocketed to 66%.  (See stats from the Pew Research Center). Twitter alone is widely used a first source for real-time information on active situations. 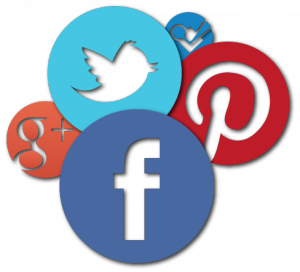 So, if you’ve thought “Bah, who cares about Facebook and Twitter?” the answer is: two out of three people care! They’ve become a part of our daily communications and thus are an important channel to get your message out there.

Of course, with this increased usage, comes increased volume and distraction. Twitter is a virtual sea of often inane banter, with millions of posts per day flooding feeds (Again, see the stats). There’s a good chance your emergency message will be buried in with 500 pictures of kittens and selfies. It’s also widely known that Facebook doesn’t show users all posts, but only a filtered selection. (See The Washington Post).

Still, it’s clear that social media isn’t going away. It’s not a fad. It’s part of our reality, and it can be a really valuable part of your emergency notification program.

Simply put: You can’t rely on social media alone, but it also doesn’t make sense to just ignore social media. Use it to your advantage. Facebook and Twitter connectors are available in Omnilert and should be a part of your overall communication plan.

Consider all of the places where people lose signal, shut off their cell phones, or turn off the ringer because their teacher or boss said so— offices, factory floors, classrooms, libraries, even some dormitories.

A timely alert popping up on all of your individual and public computer screens is an easy way to spread word of a critical situation. Having all of your office computers, lab workstations, and more immediately flash the same alert makes your emergency impossible to ignore.

Don’t ignore those that can’t get a text, email or call—be sure to include desktop alerting in your notification strategy.

Unless you’re an IT nerd like me, you might be saying “RSS? What the heck is that?”

RSS, or “Rich Site Summary“ is a standardized web feed format for sharing articles between websites and devices. It’s often used to insert content from one website or blog onto other sites.  In a nutshell, it allows you to share messages automatically. 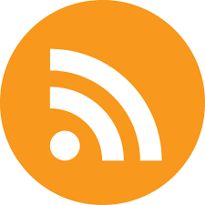 By taking in an RSS feed from Omnilert, most digital signs and displays can display emergency messages automatically. This means every digital sign or display in your building or on your campus could become an endpoint for your emergency alerts.

Why is that so important? Visitors.

Most often, visitors to your location will not be registered for texts, emails, or phone calls from you. They will, however, be able to read a sign. Why not leverage those displays to extend the effectiveness of your emergency communications?

If you have digital signage at your location, it probably can read RSS messages. Make it an endpoint for an easy reach out to your visitors.

Given the core purpose of emergency notification—protecting and saving lives—every school and business should take a close look at using these highly effective, and yet often overlooked, endpoints.  They’re great ways to meaningfully, and easily, improve your notification program.

Fairs are most often associated with thrill rides and competitive games, but in Cle Elum, Washington, a group of citizens ...
Start Reading
Juliet Hulse Jan 3, 2018 11:00:00 AM 1 min read

How can you reduce that critical period of time - from recognizing an actionable incident to initiating a comprehensive set of ...
Start Reading
Elizabeth Venafro May 12, 2021 9:07:36 AM 1 min read