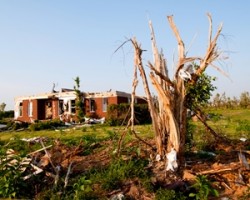 Recent natural disasters throughout the country have put many municipalities on edge, and a large number of them are responding by taking a long, hard look at their emergency preparedness and crisis communications systems. These efforts take many forms, but the vast majority of officials agree that a strong plan, clear guidelines and open communication are necessary for preventing and responding to disasters.

Recent efforts in Texas are emblematic of how recent emergencies have caused officials around the country to make disaster preparedness a priority and communicate this to citizens.

Broad Access
A municipality in Texas, Lufkin, recently announced plans to improve emergency preparedness. According to KTRE, officials in the city have been reminded of the importance of helping residents understand the threat of a tornado. A major part of this mission is simply informing citizens about the difference between a tornado warning and watch.

"[A watch means that conditions are favorable for severe weather.] A warning on the other hand means a tornado has actually been sighted on the ground or in the air by a person or weather radar," Greg Sowell, Emergency Management Spokesperson, told the source.

Understanding the basics of severe weather is part of a strong plan, but there is more. A dependable crisis communications system, like Omnilert, enables city and town officials to share important information with business owners, citizens, and others before, during, or after a disaster. By relying on Omnilert, community members can receive updates through emails, phone calls, text message alerts, Facebook, Twitter, website notifications, and more.