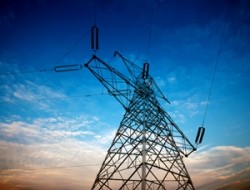 Being ready for crises requires effective planning that covers a number of factors. One aspect of preparedness that can make a difference during emergencies is the development and placement of key points of infrastructure. In order to reduce the negative consequences, officials in California and Ohio have decided to make significant changes to the framework of their operations.

Infrastructure upgrades in California
A newly improved emergency operations center in Palo Alto was recently disclosed to the public, Palo Alto Online reported. Renovations costing $100,000 have brought contemporary tools to the center. The idea for the enhancement of the facilities came from Office of Emergency Services Director Kenneth Dueker, who worked on the development of the system for close to a year.

"It's like the Golden Gate Bridge needing to be painted from one end to the other over and over again," Dueker said. "We need to update all of the time."

The center had previously been active only during emergencies, though after upgrades it began to operate on a daily basis. The preparations made at the facility now extend beyond merely hypothetical scenarios. Considerations now include more pressing matters like car accidents, impending storms and house fires.

Ohio generator placement
State officials in Columbus recently announced that power generators are being strategically positioned to improve emergency preparedness, according to the Associated Press. The purchase of eight new generators in Ohio was made possible by grant funding from Homeland Security, Executive Director of the Ohio Emergency Management Agency Nancy Dragani noted.

The placement of these generators will facilitate the formation of teams of responders and the monitoring of power resources. Local emergencies will be more manageable thanks to these and other measures that strive to help communities to respond effectively when the crisis does not affect the entire state.

Small-scale response capabilities can be augmented with regard to information, personnel and equipment, Department of Public Safety Director John Born said. For instance, in addition to the installation of the new generators, Ohio intends to establish teams of public employees to assist in localized emergencies.

"Hopefully, we'll have the people right on the ground so when the emergency managers and the local officials realize they have the need, they can just reach out, and the subject-matter experts are right there at their doorstep already," said the leader of the Ohio National Guard, Maj. Gen. Deborah Ashenhurst.

Creating new infrastructure and upgrading existing facilities can be effective ways to get ready for crises. Another effective preparation is to implement mass notification systems, such as uAlert from Omnilert. By using text message alerts this platform helps officials to disseminate time sensitive emergency information quickly and to many people.