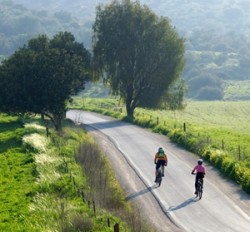 Fairs are most often associated with thrill rides and competitive games, but in Cle Elum, Washington, a group of citizens recently convened for a different sort of fair focused on crisis preparation. The Emergency Preparedness Fair, as it was called, brought together people from all over Washington's Upper County to discuss proper emergency preparation.

Citizens gather to discuss
Held in the town's Wye Park, the event was organized by two local citizens, David and Cynthihah Wallace, according to local paper the Daily Record. They said that the area's vulnerability to a number of threats, from floods to earthquake, has made them concentrate on disaster precautions for as long as they've been in the area. As a small town of under 2,000 people whose structure is centered almost exclusively on nearby Interstate 90, a single event could potentially knock out transportation channels.

Many citizens have created their own food source, for fear of a worst case scenario. Jill Hallows, a resident of Cle Elum, said that, after experiencing bare shelves at local supermarkets during previous storms, she decided to take measures into her own hands. Five years ago she built a greenhouse and has been steadily increasing its production as she hones her green thumb. That way, if anything happens to I-90, the main route out of and into the town, she feels she'll be safe for long enough.

"We're so dependent on the freeway because of where we live," Hallows said. "To me, it feels good to have something in the pantry."

Hallows spoke with others who offered tips on freeze-drying food and proper harvesting times.

Unexpected learning
The fair even drew people who had not planned on attending. Judy Diebel was driving back to her home in Ohio when she stumbled upon the fair. Diebel has her own emergency plans in place, she told the source, but much of the advice served as inspiration for more thorough plans back home.

"We try to be prepared anyway, but this is really helpful," said Diebel. "I'm sure it will help local people."

This is commendable work by citizens to be ready for anything, and towns can help them when the time comes. City and town leaders can use emergency notification systems such as uAlert to notify people when preparedness plans need to be activated. uAlert enables town officials to keep recipients on top of the latest developments during hurricanes, earthquakes or any other emergencies. With uAlert, community leaders are able to notify people by any number of channels - phone calls, text messages, emails, social media, websites posts, and more.