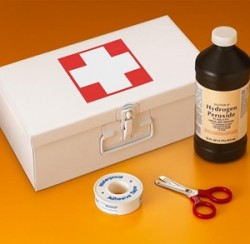 While a first-aid kit and flashlight are known to most people as emergency essentials, experts believe communities must have greater preparedness to deal with dangerous situations, according to a recent Patterson Irrigator report.

Patterson-Westley Chamber of Commerce members in California met with business owners and others at the disaster-preparedness seminar held at City Hall on Monday, according to the news provider.

One expert claimed that 75 percent of businesses close within six months following an earthquake, flood or fire because they were not prepared for such emergencies. Also, 25 percent of companies never reopen after these types of incidents, the report stated.

Patterson Fire Department chief Steve Hall told those in attendance that there are four steps when dealing with an emergency. They are "mitigation, preparedness, response and recovery," Patterson Irrigator reported.

Omnilert's emergency notification system can help communities deal with all types of dangerous situations. Through its instant deployment option, officials can send updates to community members quickly and easily regarding changing weather patterns, road closures, terrorist attacks or other dangers.